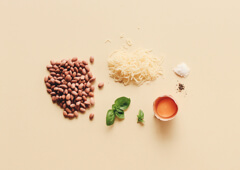 How US treasury yields, exchange rates and FIIs impact your portfolio

It’s the middle of World War II, in New York City in 1943, and Steve Rogers is rejected for military recruitment due to his small stature. He keeps trying and finally lands himself into the Strategic Scientific Reserve as part of the ‘super-soldier’ experiment, which turns him into a superhero. He then joins forces with Bucky Barnes and Peggy Carter to lead the fight against HYDRA—a Nazi-backed organisation.

If you guessed what I am talking about, you are a fellow fan of Captain America! If you didn’t and are wondering why I am handing out a crash course into a movie that released in 2011 (based on the Marvel Comics character), let me tell you that the story I am about to share today also started with the invocation of war-time spirits.

During World War II, the US launched the Series E savings bond to help finance the war effort. The advertisement campaign appealed to patriotism, urging people to buy bonds with a negative interest rate. The government managed to raise a staggering $186 billion (over $3 trillion in today’s money) from 85 million US citizens—a resounding success.

Fast forward a few decades and this repeats in 2020, but things are done a little differently now. To fight the corona pandemic, governments the world over have announced massive fiscal loosening measures and central banks have relaunched Quantitative Easing (QE), thereby lowering interest rates. Savers are expected to do their part by accepting much lower yields than before and inflation, which is way higher than before. The US 10-year treasury note (US10Y), which was tracking close to 2 percent in November 2019, started sliding and settled close to 0.5 percent by August 2020.

As the fears around the pandemic eased, US10Y started rising–initially to a percent by January 2021 and later more as the reflation argument started surfacing; bond markets were now on an edge. Then on February 25, 2021, something unusual happened. At a regular auction of US treasuries, an unusually large proportion of bonds remained in the hands of primary dealers as opposed to long-term investors. That spooked markets and yields rose–of not just 7-year, but also US10Y, which rose 16bps that day. By March 8, 2021, the US10Y had risen 58bps from its lows in February.

You might say, what do you expect? Fundamentals matter, right? The latest $1.9 trillion stimulus means that the fiscal deficit in the US will reach unprecedented peace-time levels. Over the past two decades, global debt has jumped by $150 trillion compared to a mere $45 trillion rise in global GDP. That is an incremental debt-to-GDP of 3.4x (in 2000, that number was just 1.8x). Governments cannot go on borrowing without consequences; after all, money borrowed today should generate sufficiently high return versus its cost; it’s unproductive otherwise.

And, you are right. But you see, US treasury yields have implications—not just for bond investors in the US, but also on the US dollar and US equity markets as well as on all Emerging Markets (EM). All other things being equal, historically, a rise in treasury yield has been accompanied by a stronger US dollar, weaker US equity markets and sharply lower EMs. Consider the following examples:

Many of you would know that the US dollar wasn’t always the ‘be all, end all’ that it now is. Prior to the First World War, the pecking order of the US dollar was much behind Sterling, Mark, Franc, Guilder and Lira. Despite the size and strength of its economy, the US had no central bank, and its currency was a hodge-podge of bond-backed notes by commercial banks. Post the Federal Reserve (Fed) formation in 1913 and during the First World War, the prominence of the US dollar increased dramatically as the Fed did well to create a market for trade credits, smoothened interest rate spikes, reduced financial volatility and solidified management of the gold standard. Europe was floundering at the time and by 1920, the US dollar had become one of the world’s major international currencies.

Now that the Fed and US dollar assume so much prominence, their actions are analysed at great lengths. To manage the monetary system, Fed’s reaction function is theoretically two-fold—verbal and balance sheet use. Participants were hoping that Chair Powell’s comments on March 4, 2021, will placate markets. But they were interpreted as being insufficiently forceful as the yield kept climbing higher. All eyes now are on March 17, 2021, FOMC meet; especially on how they choose to use the balance sheet (buy more across the curve, extend the duration, or do an operation twist) which will determine if, and how, fast the yields get contained.

To put things into perspective, between 2002 and 2008, the dollar index fell 40 percent (from 120 to 72) and EMs returned 205 percent over that time. And, between 2008 and 2017, the dollar index rose from 72 to 102 (up 40 percent) and EMs returned a cumulative negative 12 percent (see chart). In the meantime, India’s relative positioning among EMs has improved and FIIs have accelerated their investments in India ($30 billion poured into Indian equity markets over the past year versus the previous best of $16 billion in 2012). If US10Y tapers off and the US dollar depreciates, going by historical precedent, it is quite plausible that foreign investors will keep pouring money into EMs and India as well.

For portfolio decisions, one should consider a few things–on the one hand, liquidity has become overwhelmingly important and we should track it with equal zeal as we track fundamentals. On the other, some classical signs of over-heated markets are starting to emerge, viz., an elevated number of issuances each week, blockbuster listings, stratospheric levels of oversubscriptions to even some questionable offerings.

Disclaimers:
Information in this letter is not intended to be, nor should it be construed as investment, tax or legal advice, or an offer to sell, or a solicitation of any offer to make investments with Buoyant Capital. Prospective investors should rely solely on Disclosure Document filed with SEBI. Any description involving investment examples, statistical analysis or investment strategies are provided for illustration purposes only – and will not apply in all situations and may be changed at the discretion of principal officer. Certain information has been provided and/or based on third-party sources and although believed to be reliable, has not been independently verified; the investment managers make no express warranty as to its completeness or accuracy, nor can it accept responsibility for errors appearing herein.

Chemicals and Commodities: Knowing how China operates can help